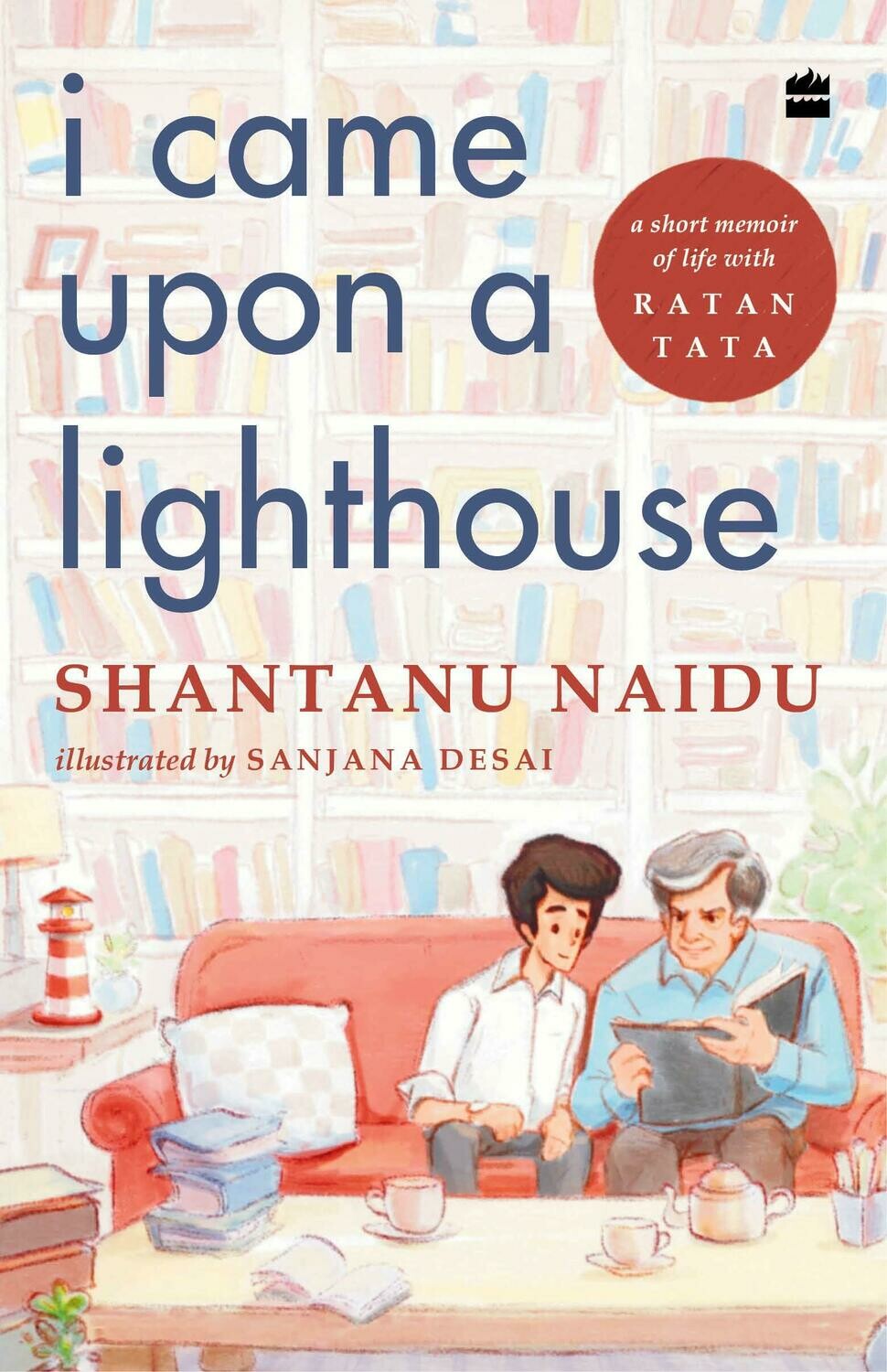 I Came Upon a Lighthouse

An endearing portrait of an Indian legend

I told him that when I write a book, I would write about another side of him and not just historic events or business milestones. I would write about us and our adventures together, and how I saw him, colours and shades of him unknown to the world. Life beyond the great steel wall of 'industry doyen'.

He agreed. 'There cannot be one book that captures everything ... So you do your thing, give your perspective.'

It was their shared empathy for homeless dogs that sparked an unlikely friendship. In 2014, Shantanu Naidu, an automobile design engineer in his early twenties, developed an innovation to save the local strays from being run over by speeding cars. Ratan Tata, himself known for his compassion for stray dogs, took note. Impressed, he not only decided to invest in the venture, but over the years became a mentor, boss and an unexpectedly dear friend to Shantanu.

I Came Upon a Lighthouse is an honest, light-hearted telling of this uncommon bond between a millennial and an octogenarian that gives glimpses of a beloved Indian icon in a warm light.

From composing music videos for social causes during his engineering days, Shantanu Naidu went on to establish himself in animal welfare with his video 'Paws for a cause', which was his entry into the space. During his time as automotive design engineer at Tata Elxsi, he founded a start-up, Motopaws, to put reflective collars on India's stray dogs to prevent night-time road accidents. Mr Ratan Tata became a primary investor in the venture.

After Shantanu's return to India from his MBA at Cornell University in Ithaca, New York, where he spent time diving deep into entrepreneurship, he joined Mr Tata's office as Deputy General Manager, assisting him with day-to-day activities, including philanthropic initiatives, start-up proposals and social media.

During his time at Mr Tata's office, Shantanu found a huge gap in young students' understanding and fear of entrepreneurship and founded 'On Your Sparks', an online entrepreneurship course teaching fundamentals through stories, the proceeds of which are used for animal welfare. He has also founded the 'Cyber Aid Army', which helps victims of cybercrime technologically and through counselling, free of charge.

Shantanu spends most of his time with dogs and engaging students online, coming up with the next best idea or talking about his love for pina coladas and Mumbai.