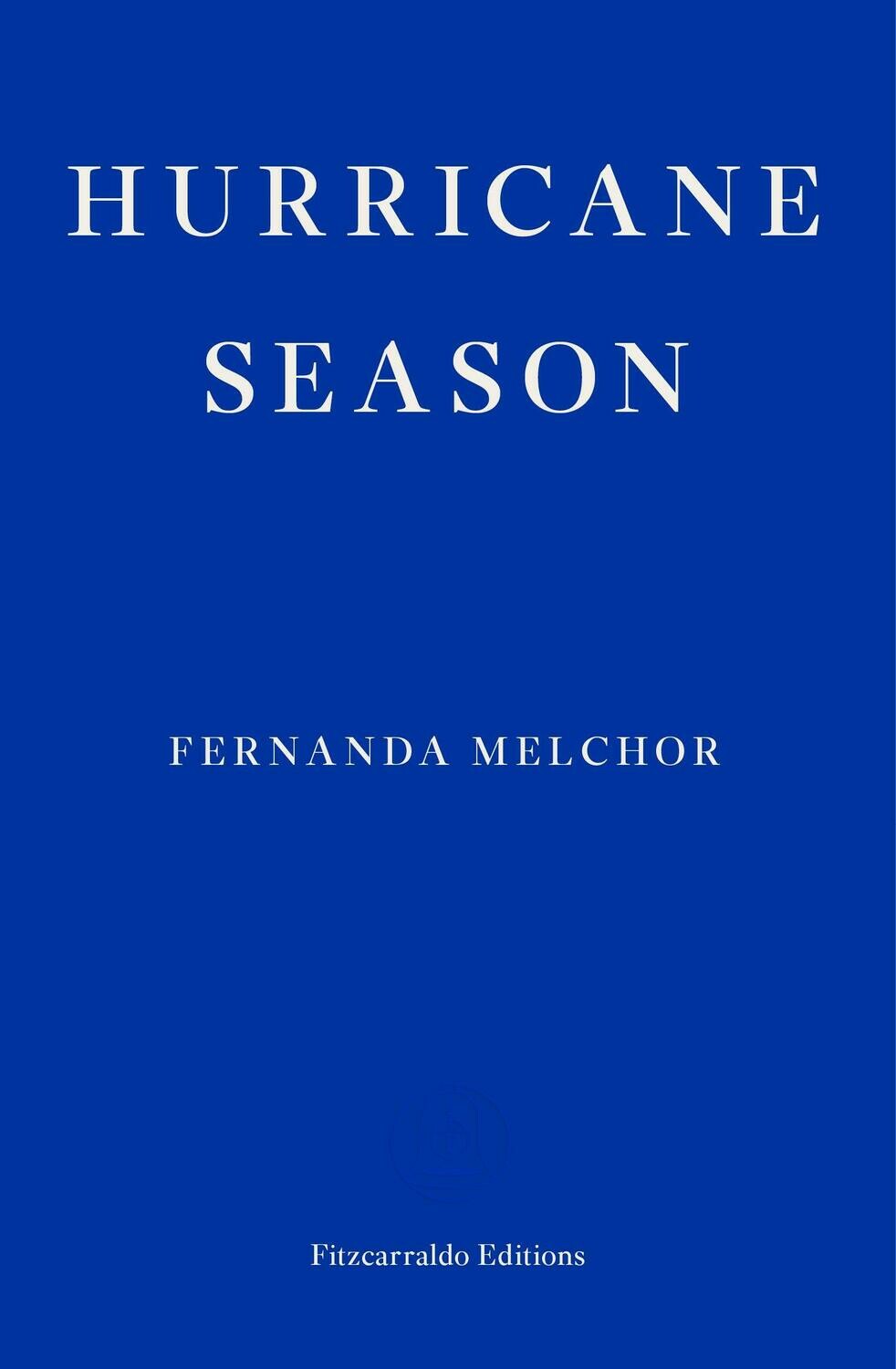 The Witch is dead. After a group of children playing near the irrigation canals discover her decomposing corpse, the village of La Matosa is rife with rumours about how and why this murder occurred. As the novel unfolds in a dazzling linguistic torrent, Fernanda Melchor paints a moving portrait of lives governed by poverty and violence, machismo and misogyny, superstition and prejudice. Written with an infernal lyricism that is as affecting as it is enthralling, Hurricane Season, Melchor's first novel to appear in English, is a formidable portrait of Mexico and its demons, brilliantly translated by Sophie Hughes.

'Brutal, relentless, beautiful, fugal, Hurricane Season explores the violent mythologies of one Mexican village and reveals how they touch the global circuitry of capitalist greed. This is an inquiry into the sexual terrorism and terror of broken men. This is a work of both mystery and critique. Most recent fiction seems anaemic by comparison.'

Born in Veracruz, Mexico, in 1982, Fernanda Melchor is widely recognized as one of the most exciting new voices of Mexican literature. In 2018, she won the PEN Mexico Award for Literary and Journalistic Excellence and in 2019 the German Anna-Seghers-Preis and the International Literature Award for Hurricane Season.
Sophie Hughes has translated novels by several contemporary Latin American and Spanish authors, including Laia Jufresa and Rodrigo Hasbún. Her translation of Alia Trabucco Zerán's The Remainder was shortlisted for the 2019 Man Booker International Prize.
Save this product for later