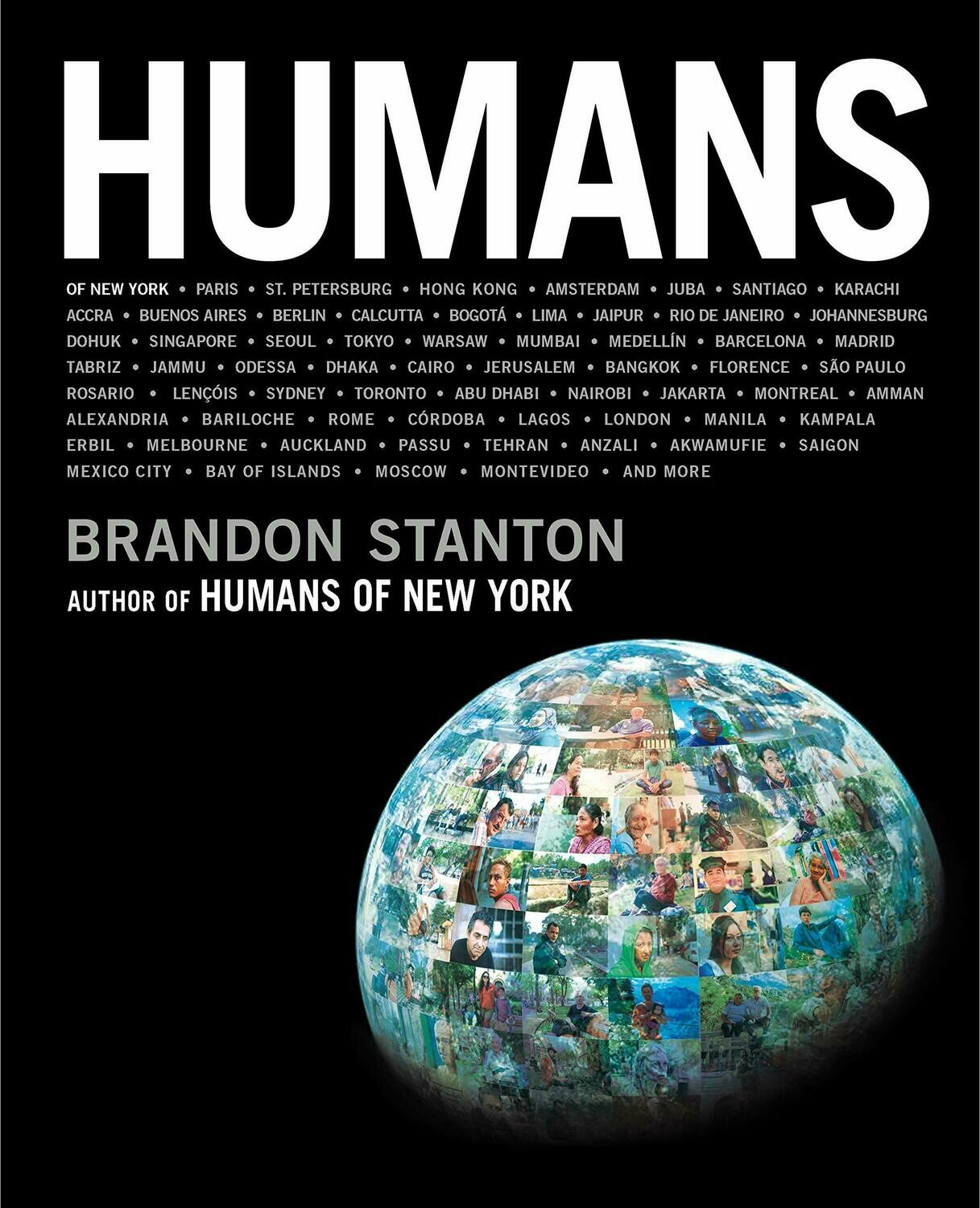 'Just when we need it, Humans reminds us what it means to be human . . . one of the most influential art projects of the decade' – Washington Post

Brandon Stanton’s Humans is a book that connects readers as global citizens at a time when erecting more borders is the order of the day. It shows us the entire world, one story at a time . . .

Brandon Stanton’s Humans – his most moving and compelling book to date – shows us the world. After five years of traveling the globe, the creator of Humans of New York brings people from all parts of the world into a conversation with readers. He ignores borders, chronicles lives and shows us the faces of the world as he saw them. His travels took him from London, Paris and Rome to Iraq, Dubai, Ukraine, Pakistan, Jordan, Uganda, Vietnam, Israel and every other place in between. His interviews go deeper than before. His chronicling of peoples’ lives shows the experience of a writer who has traveled widely and thought deeply about the state of our world.

Including hundreds of photos and stories of the people he met and talked with in over forty countries, Humans is classic Brandon Stanton – a full colour illustrated book that includes many photos and stories never seen before. For the first time for a HONY title, Humans will contain several of the essays Brandon’s posted online which have been read, loved and enthusiastically shared by his followers.

Brandon Stanton studied at the University of Georgia and worked as a bond trader in Chicago before founding Humans of New York in the summer of 2010. He has appeared on The Today Show and the BBC, has been featured in The Wall Street Journal, and his photos have appeared online at Vogue and The Atlantic. David Karp, the founder of Tumblr, called Humans of New York his favorite Tumblr blog. He is the author of Humans of New York, Humans of New York: Stories and Little Humans. Stanton lives in Brooklyn, New York.
Save this product for later