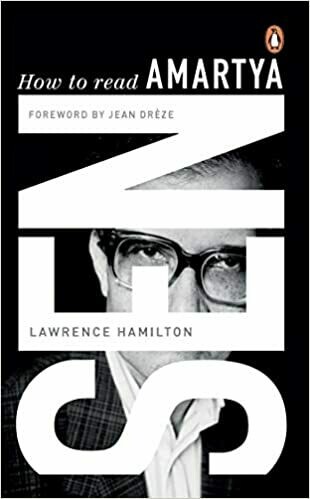 How to Read Amartya Sen

Nobel Laureate Amartya Sen is one of the world’s best-known voices for the poor and the downtrodden, and an inspiration for the proponents of justice across the globe. He has contributed almost without peer to the study of economics, philosophy and politics, transforming social choice theory, development economics, ethics, political philosophy and Indian political economy, to list but a few.
This book offers a much-needed introduction to Amartya Sen’s extraordinary variety of ideas. Lawrence Hamilton provides an excellent, accessible guide to the full range of Sen’s writings, contextualizing his ideas and summarizing the associated debates. In elegant prose, Hamilton reconstructs Sen’s critiques of the major philosophies of his time, assesses his now famous concern for capabilities as an alternative for thinking about poverty, inequality, gender discrimination, development, democracy and justice, and unearths some overlooked gems. Throughout, these major theoretical and philosophical achievements are subjected to rigorous scrutiny.
How to Read Amartya Sen is a major work on one of the most influential economists and philosophers of the last few centuries. It will be illuminating for readers keen to understand the breadth of Sen’s vision, and an invaluable resource for scholars, policy makers and global activists.

Lawrence Hamilton (Author) LAWRENCE HAMILTON is professor of political studies at the University of the Witwatersrand (Wits) and the SARChI/Newton Research Professor in political theory, University of Cambridge and Wits. He teaches and writes on a range of topics in political theory and development studies from the perspective of the global south. He is the author or editor of seven books including Freedom Is Power: Liberty through Political Representation (2014), Are South Africans Free? (2014) and The Political Philosophy of Needs (2003). He is currently working on a book on the future of democracy.
Save this product for later
Display prices in: INR