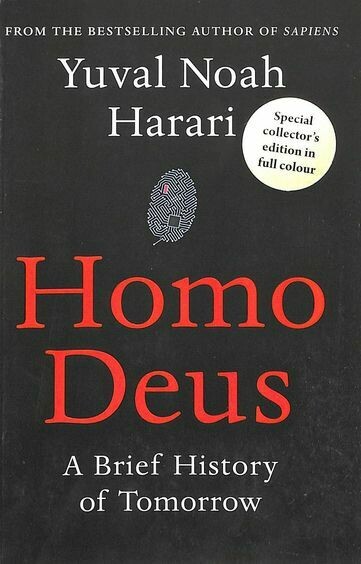 "Homo Deus will shock you. It will entertain you. Above all, it will make you think in ways you had not thought before." (Daniel Kahneman, author of Thinking Fast, and Slow). Yuval Noah Harari, author of the bestselling Sapiens: A Brief History of Humankind, envisions a not-too-distant world in which we face a new set of challenges. Now, in Homo Deus, he examines our future with his trademark blend of science, history, philosophy and every discipline in between.

Homo Deus explores the projects, dreams and nightmares that will shape the twenty-first century - from overcoming death to creating artificial life. It asks the fundamental questions: Where do we go from here? And how will we protect this fragile world from our own destructive powers? This is the next stage of evolution. This is Homo Deus. War is obsolete You are more likely to commit suicide than be killed in conflict Famine is disappearing You are at more risk of obesity than starvation Death is just a technical problem Equality is out - but immortality is in What does our future hold?

Dr Yuval Noah Harari has a PhD in History from the University of Oxford and now lectures at the Hebrew University of Jerusalem, specialising in World History. Sapiens: A Brief History of Humankind, published in 2014, has become an international phenomenon and is published in nearly 40 languages worldwide. It was in the Sunday Times bestseller list for over six months in paperback, and was a New York Times top ten bestseller.