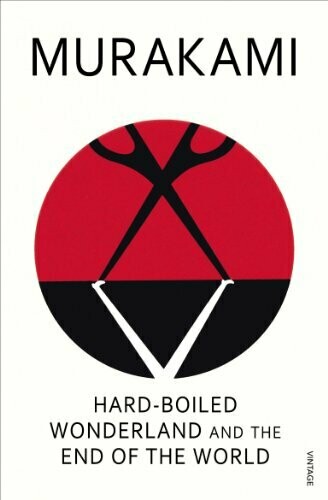 Hard-Boiled Wonderland and the End of the World

Science fiction, detective story and post-modern manifesto all rolled into one rip-roaring novel, Hard-boiled Wonderland and the End of the World is the tour de force that expanded Haruki Murakami's international following.

Murakami writes with admirable discipline, producing ten pages a day, after which he runs ten kilometres (he began long-distance running in 1982 and has participated in numerous marathons and races), works on translations, and then reads, listens to records and cooks. His passions colour his non-fiction output, from What I Talk About When I Talk About Running to Absolutely On Music, and they also seep into his novels and short stories, providing quotidian moments in his otherwise freewheeling flights of imaginative inquiry. In works such as The Wind-Up Bird Chronicle, 1Q84 and Men Without Women, his distinctive blend of the mysterious and the everyday, of melancholy and humour, continues to enchant readers, ensuring Murakami’s place as one of the world’s most acclaimed and well-loved writers.Tracking one man's descent into the Kafkaesque underworld of contemporary Tokyo, Murakami unites East and West, tragedy and farce, compassion and detachment, slang and philosophy.