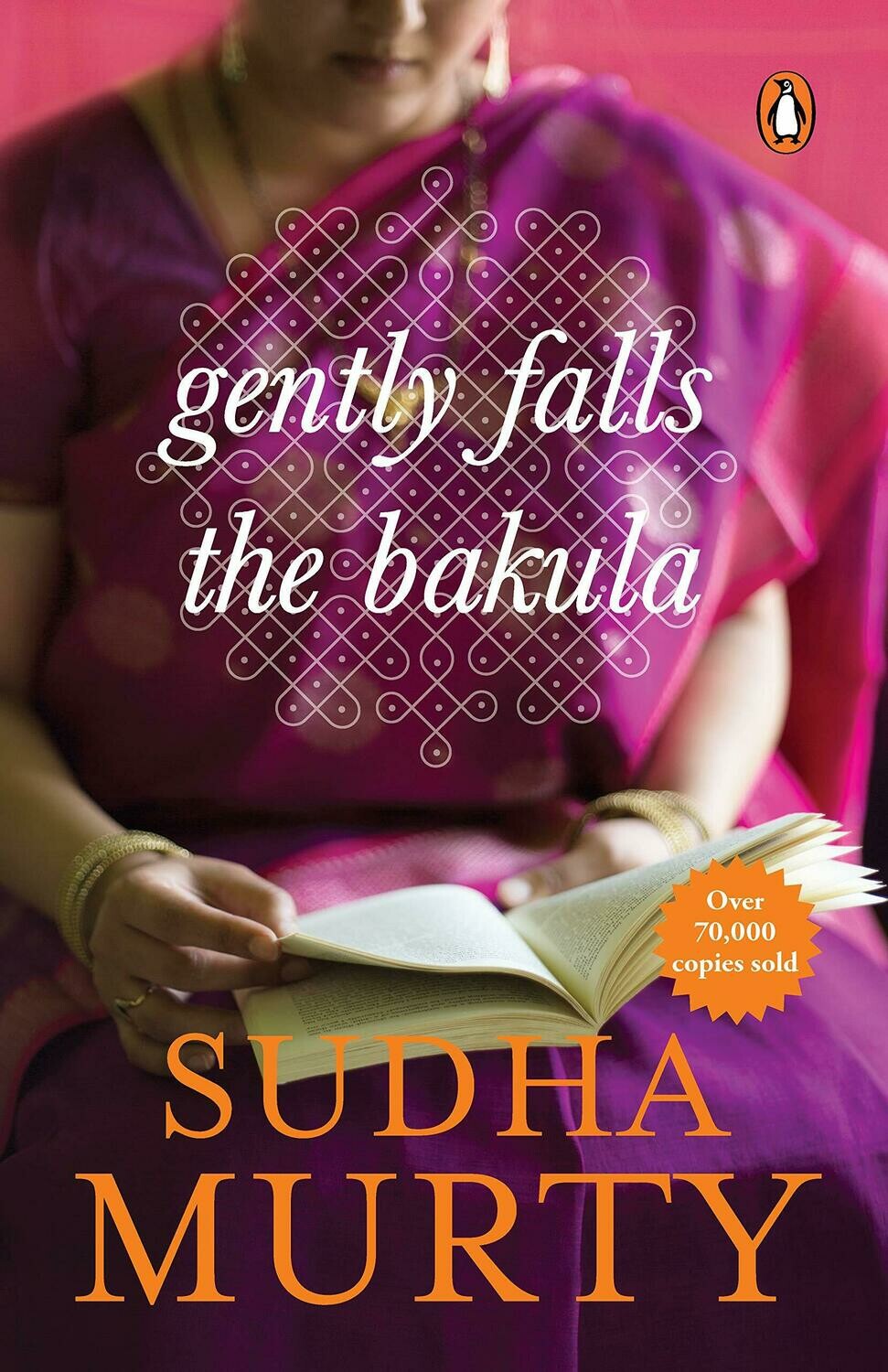 In the small town of Hubli, Shrikant discovers that he is attracted to his plain-looking but charming neighbour Shrimati, who always does better than him in the school exams. Shrimati too falls in love with the amiable and handsome Shrikant and the two get married. Shrikant joins an IT company and starts rapidly climbing the corporate ladder. He works relentlessly and reaches the pinnacle of his industry, while Shrimati abandons her academic aspirations and becomes his uncomplaining shadow, silently fulfilling her duties as a corporate leader’s wife. But one day, while talking to an old professor, she starts examining what she has done with her life and realizes it is dismally empty…

Gently Falls the Bakula is the story of a marriage that loses its way as ambition and self-interest take their toll. Written nearly three decades ago, Sudha Murty’s first novel remains startlingly relevant in its scrutiny of modern values and work ethics.

Sudha Murty was born in 1950 in Shiggaon in north Karnataka. She did her M.Tech. in Computer Science, and is now the chairperson of the Infosys Foundation. A prolific writer in English and Kannada, she has written nine novels, technical books, travelogues, one collection of short stories, three collections of non- fiction pieces and two books for children.

Her books have been translated into all the major Indian languages and have sold over 300,000 copies around the country. She was the recipient of the R.K. Narayan's Award for Literature and the Padma Shri in 2006.