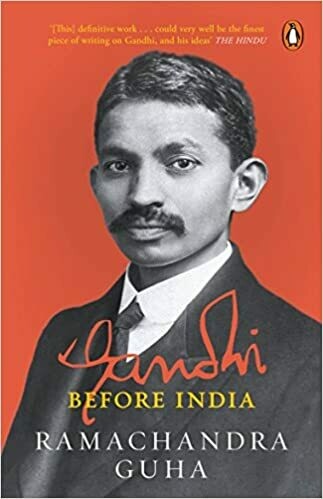 In 1893, when Mohandas Gandhi set sail for South Africa, he was a brief less lawyer who had failed to establish himself in India. In this remarkable biography, Ramachandra Guha argues that the two decades that Gandhi spent in the diaspora were the making of the Mahatma. It was here that he forged the philosophy and techniques that would ultimately destroy the British Empire.

Based on archival research in four continents, this book explores Gandhi’s experiments with dissident cults, his friendships and enmities and his failures as a husband and father. Gandhi before India tells the dramatic story of how he mobilized a cross-class and inter-religious coalition pledged to non-violence in the battle against a racist regime.

Deeply researched and beautifully written, this book will radically alter our understanding and appreciation of modern India’s greatest man.

Ramachandra Guha’s many books include a pioneering work of environmental history (The Unquiet Woods, 1989), an award-winning social history of sport (A Corner of a Foreign Field, 2002) and a widely acclaimed and bestselling work of contemporary history (India after Gandhi, 2007). The first volume of his landmark biography of Gandhi, Gandhi before India, was published in 2013; the second and concluding volume will be published in early 2018.

Guha’s awards include the R. K. Narayan Prize, the Sahitya Akademi Award, the Ramnath Goenka Award and the Padma Bhushan. In 2014, he was awarded an honorary doctorate in the humanities by Yale University and in 2015, he won the Fukuoka Prize for contributions to Asian culture and scholarship.
Save this product for later
Display prices in: INR