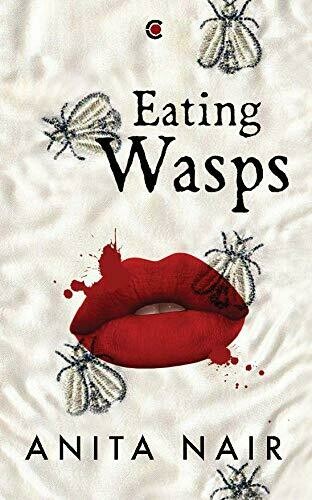 ‘In a small town by the river Nila, a thirty-five-year-old writer kills herself. No one knows why.

Fifty-two years later, an antique cupboard in a private resort opens to reveal a frightened child. And the mystery begins to unravel. From the bestselling author of Ladies Coupe comes an unusual new novel about the intensity – and consequences – of desire.

ANITA NAIR IS A FINE WRITER WITH A GREAT SENSE OF CHARACTER... AND AN EYE FOR TELLING DETAIL. SHE CAN MOVE FROM TENDER COMPASSION TO SENSUALITY TO RAGING HATRED... A COMPELLING TELLER OF STORIES.

Anita Nair is the author of several novels, including The Better Man, Mistress, Idris: Keeper of the Light and Alphabet Soup for Lovers. She has also authored a crime series featuring Inspector Gowda.

Anita’s other books include Malabar Mind, a collection of poems, Goodnight & God Bless, a collection of essays, and six books for children. She has written two plays and the screenplay for the movie adaptation of her novel Lessons in Forgetting, which was part of the Indian Panorama at IFFI 2012 and won the National Film Award in 2013. Her books have been translated into thirty-one languages around the world. She is also the founder of the creative writing and mentorship programme, Anita’s Attic.