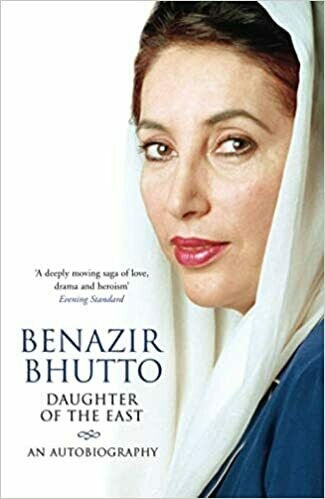 Daughter of the East: An Autobiography

Beautiful and charismatic, the daughter of one of Pakistan's most popular leaders -- Zulfikar Ali Bhutto, hanged by General Zia in 1979 -- Benazir Bhutto is not only the first woman to lead a post-colonial Muslim state, she achieved a status approaching that of a royal princess, only to be stripped of her power in another example of the bitter political in-fighting that has riven her country.

The daughter of one of Pakistan's most popular leaders, Benazir grew up in one of the country's richest families. Having received an international education, she became politicised after her father's execution at the hands of General Zia in 1979 and was first elected Prime Minister in 1988.

Her riveting autobiography, first published in 1988 and now updated to cover her own activities since then and how her country has changed since being thrust into the international limelight after 9/11, is an inspiring tale of strength, dedication and courage in the face of adversity.

Benazir Bhutto served twice as Pakistan's Prime Minister, from 1988 to 1990 and 1993 to 1996. She is now based in Dubai, from where she makes regular trips around the world giving lectures.
Save this product for later