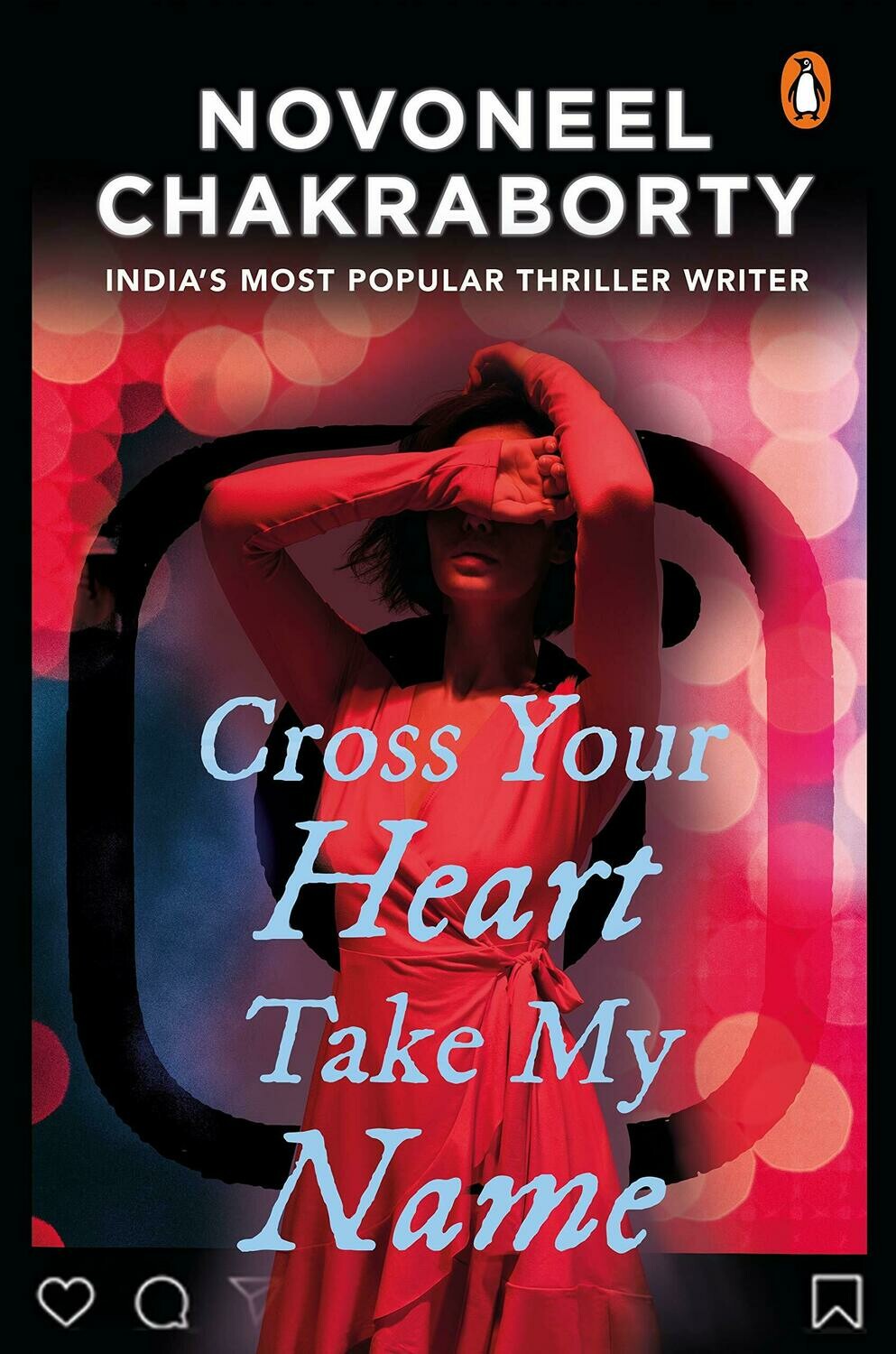 Cross Your Heart, Take My Name

Garv Roy Gill and Yahvi Kothari meet at an airport lounge by chance. Six months later they find themselves consumed by the proverbial once-in-a-lifetime kind of love. Bored with their mundane daily routine, their adventurous streak makes them decide, one day, to escape the present and begin a new reality somewhere far, far away. Just that the day they are supposed to meet and escape, Yahvi doesn’t turn up. Then she doesn’t respond to Garv’s phone calls or messages. And mysteriously Yahvi vanishes altogether.

Days later, as a grieving Garv stumbles upon her Instagram profile, which he didn’t know existed, he is shocked to realize that her every post is probably a clue to the truth behind her disappearance. Except, the more he unearths the meandering truth, the more he learns about a certain side of Yahvi which changes the way he saw her. And the way he understood love.

Cross Your Heart, Take My Name is a beguiling tale about urban loneliness, fickle relationships and our need for companionship as depicted by the twisted journey of two individuals, caught up in their own emotional plight, blurring the lines between crime and sin.

Novoneel Chakraborty is the author of fifteen bestsellers, two novellas and one short-story collection titled Cheaters. His novel, Forget Me Not, Stranger, debuted as the No. 1 bestseller across India. While All Yours, Stranger ranked in the top five thriller novels on Amazon, India-the only one to feature amid other international bestsellers. His novel Black Suits You was in top five thrillers category on Amazon for fifteen weeks. While his Forever series was in the bestseller list for ten weeks straight after its release with Forever Is A Lie featuring in the highest selling books on Flipkart for 2017. Forever Is True made it to Amazon's Memorable Books of 2017 and Times of India's Most Stunning Books of 2017.

Known for his twists, dark plots and strong female protagonists, Novoneel Chakraborty is also called the Sidney Sheldon of India by his readers. His immensely popular thriller series, The Stranger Trilogy, has been translated into six Indian languages and has been adapted into a popular web series, titled Hello Mini, on MX Player produced by Applause Entertainment and Rose Movies. His erotic thriller novel, Black Suits You, has been adapted into the blockbuster hit Bekaaboo, while his exclusive digital novella, Red Suits You, is also being adapted into a web series by Alt Balaji. His short story collection, Cheaters, is now available in Hindi as well. Apart from novels, Novoneel has written and developed several TV and web shows for premiere channels and platforms. He lives and works in Mumbai.