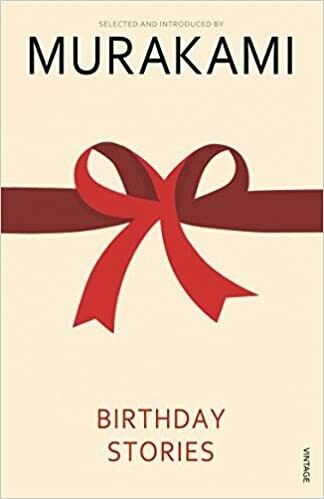 What will you get for your birthday this year? A chance to see into the future? Or a reminder of the imperfect past?

In this enviable gathering, Haruki Murakami has chosen for his party some of the very best short story writers of recent years, each with their own birthday experiences, each story a snapshot of life on a single day. Including stories by Russell Banks, Ethan Canin, Raymond Carver, David Foster Wallace, Denis Johnson, Claire Keegan, Andrea Lee, Daniel Lyons, Lewis Robinson, Lynda Sexson, Paul Theroux, William Trevor and Haruki Murakami, this anthology captures a range of emotions evoked by advancing age and the passing of time, from events fondly recalled to the impact of appalling tragedy.

HARUKI MURAKAMI was born in Kyoto in 1949. He met his wife, Yoko, at university and they opened a jazz club in Tokyo called Peter Cat. The massive success of his novel Norwegian Wood (1987) made him a national celebrity. He fled Japan and did not return until 1995 when he came to regard the Kobe earthquake and the Tokyo gas attack as twin manifestations of a violence just beneath the surface of Japanese life.
Save this product for later