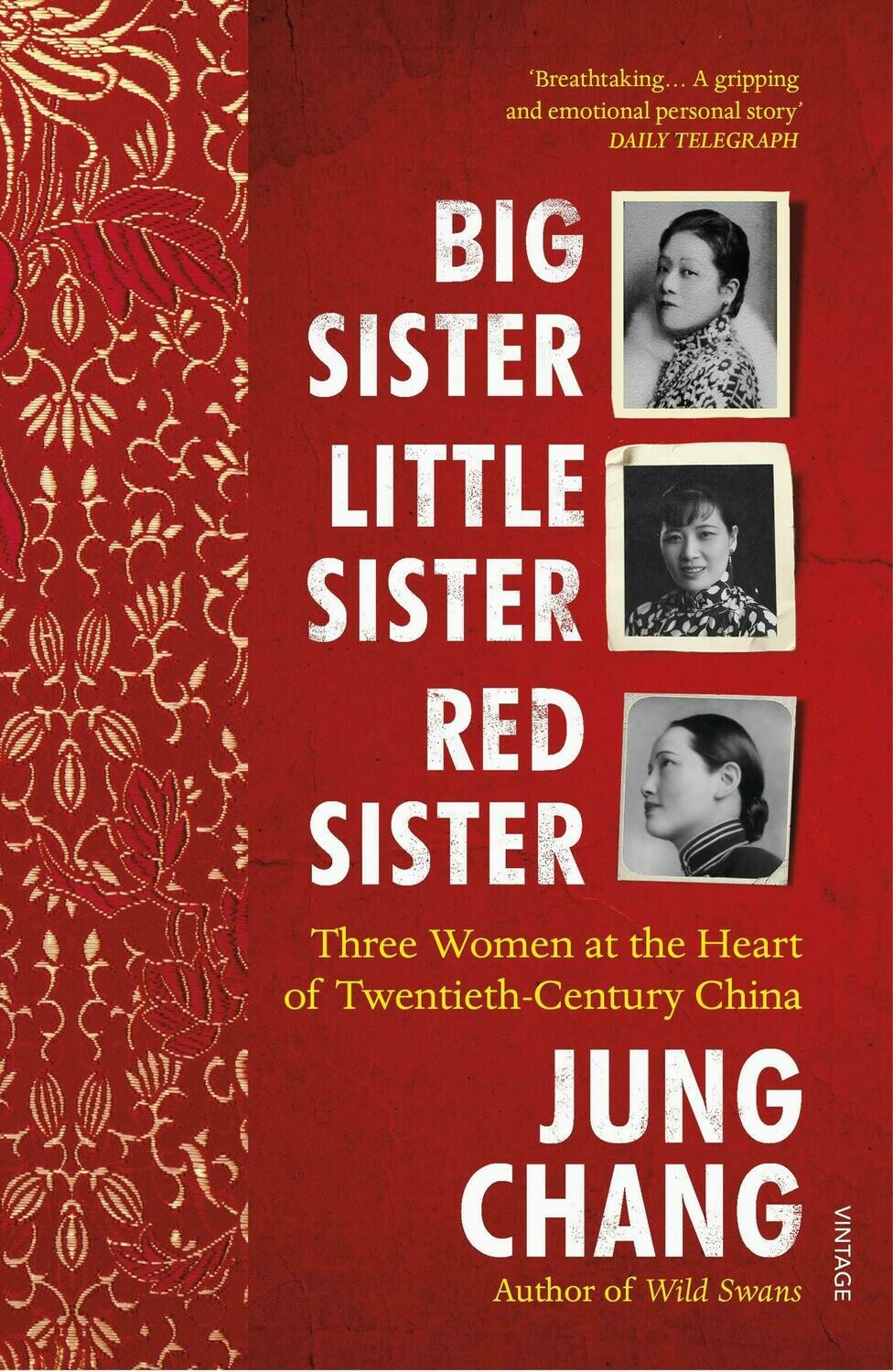 Meet the three women who helped shape the course of modern Chinese history; a gripping story of sisterhood and betrayal from the bestselling author of Wild Swans.

They were the most famous sisters in China. As the country battled seismic transformations these three women left an indelible mark on history.

Big Sister, Little Sister, Red Sister takes us on a sweeping journey from exiles' quarters in Japan and Berlin to secret meeting rooms in Moscow, and from the compounds of the Communist elite in Beijing to the corridors of power in democratic Taiwan. By turns intimate and epic, Jung Chang reveals the lives of three extraordinary women who helped shape twentieth-century China.

Jung Chang is the internationally bestselling author of Wild Swans: Three Daughters of China; Mao: The Unknown Story (with Jon Halliday); and Empress Dowager Cixi: The Concubine who Launched Modern China. Her books have been translated into over 40 languages and sold more than 15 million copies outside Mainland China, where they are banned. She was born in China in 1952, and came to Britain in 1978. She lives in London.
Save this product for later