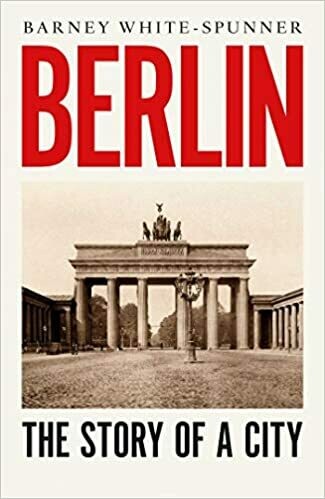 Berlin: The Story of a City

Berlin is Europe’s most fascinating and exciting city. It is and always has been a city on the edge – geographically, culturally, politically and morally. The great movements that have shaken Europe, from the Reformation to Marxism have their origins in Berlin’s streets.
With its unique dialect, exceptional museums, experimental cultural scene, its liberated social life and its open and honest approach to its history, with monuments to the Holocaust as prominent as its rebuilt royal palace, it is as challenging a city as it is absorbing. And it has always been like that, since its medieval foundation as twin fishing villages. Too often Berlin is seen through the prism of Nazism and its role on the front line in the Cold War. Important, frightening and interesting as those periods are, its history starts much further ago than that.

Telling the story of its people- a typical Berliner, it is said, is someone who has just arrived at the railway station- and its rulers, from its medieval origins up to the present day, this is a fascinating and informative history of an extraordinary city.

Educated at Eton College and the University of St Andrews, Barney White-Spunner was commissioned in 1979. He was appointed Commanding Officer of the Household Cavalry in 1996 and became Chief of Joint Force Operations for the national contingent in the Middle East in 2003. He was made Commander of the British Field Army in 2009, which post he held until December 2011 when he retired. He was appointed Commander of the Order of the British Empire (CBE) in 2002 and Knight Commander of the Order of the Bath (KCB) in the 2011 Birthday Honours. He began his literary career writing for The Field in 1992 and became editor of Baily's Hunting Directory in 1994. He is also the author of a history of the Horse Guards.
Save this product for later