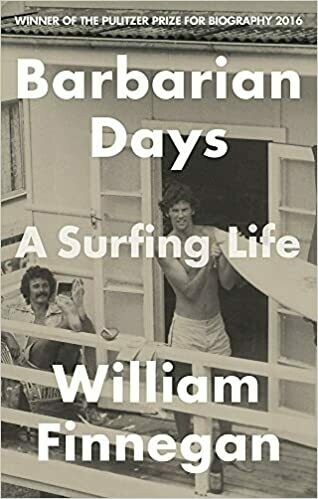 Surfing only looks like a sport. To devotees, it is something else entirely: a beautiful addiction, a mental and physical study, a passionate way of life.

William Finnegan first started surfing as a young boy in California and Hawaii. Barbarian Days is his immersive memoir of a life spent travelling the world chasing waves through the South Pacific, Australia, Asia, Africa and beyond. Finnegan describes the edgy yet enduring brotherhood forged among the swell of the surf; and recalling his own apprenticeship to the world's most famous and challenging waves, he considers the intense relationship formed between man, board and water.

WILLIAM FINNEGAN is the author of Cold New World, A Complicated War, Dateline Soweto, and Crossing the Line. He has twice been a National Magazine Award finalist and has won numerous journalism awards, including two Overseas Press Club awards since 2009. A staff writer at The New Yorker since 1987, he lives in Manhattan.