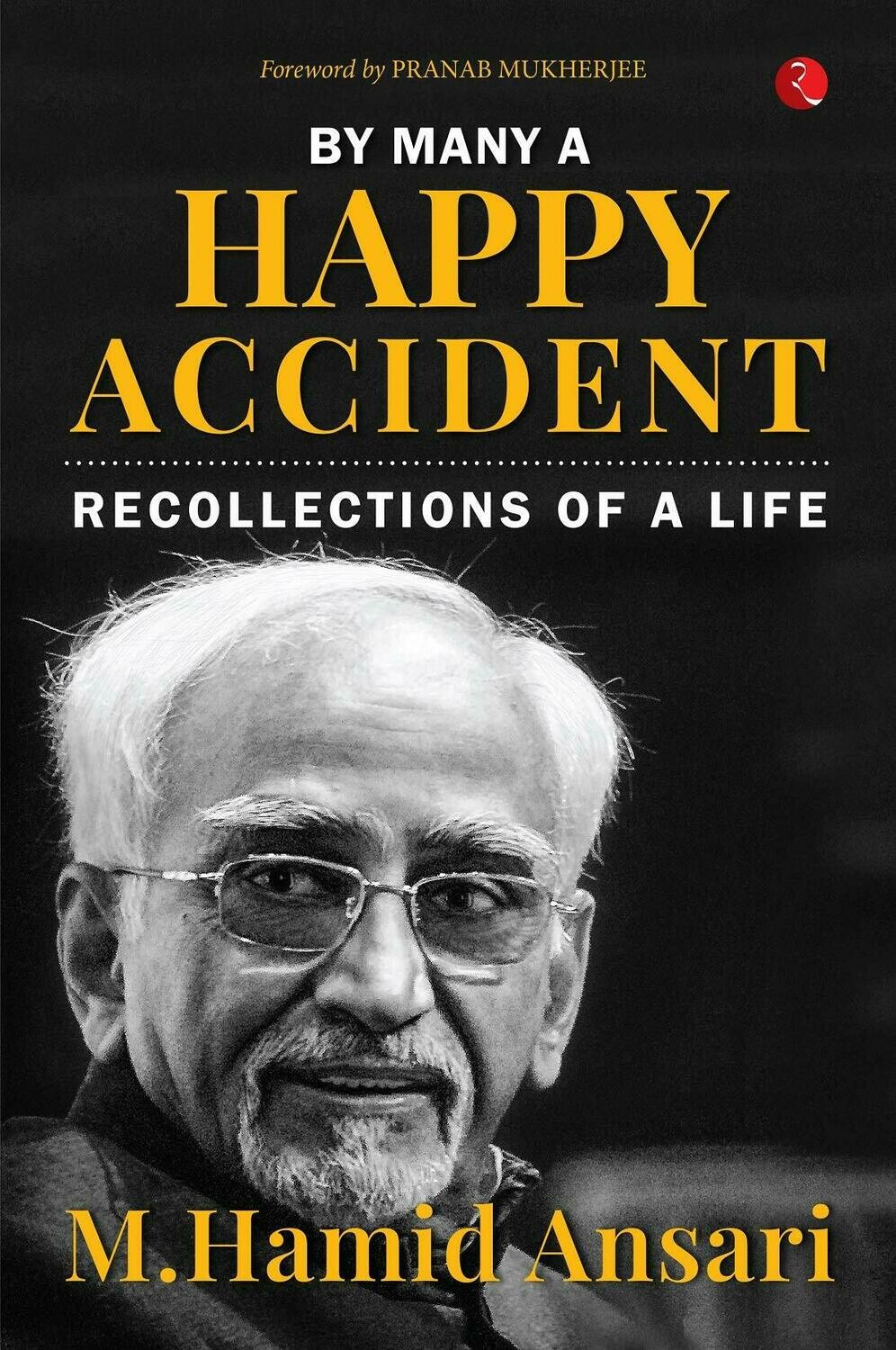 BY MANY A HAPPY ACCIDENT: Recollections of a Life

Fortuitous or not, By Many a Happy Accident is an account of a life of unplanned happenings that took M. Hamid Ansari away from his preferred fancy for academia to professional diplomacy and then be co-opted in public life and catapulted to the second highest office in the land for two consecutive terms. None of his predecessors, except Dr Sarvepalli Radhakrishnan, had experienced this honour.

Besides chairing the Rajya Sabha and shedding interesting light on some of its functional aspects, Ansari used the vice presidency as a formidable pulpit to express himself candidly on a range of issues at different times in India’s changing political landscape.

Their overarching theme was the need for modern India to re-commit itself to the constitutional principles of justice, liberty, equality and fraternity, to the values of a composite culture, and for correctives in polity relating to identity, security and empowerment of the weaker segments of our society.

His is an urgent plea for sanity and social peace.

MOHAMMAD HAMID ANSARI was the vice president of India and chairman of the Rajya Sabha for two consecutive terms from 2007 to 2017. A former diplomat, he served as ambassador to the United Arab Emirates, Afghanistan, Iran, and Saudi Arabia, as high commissioner to Australia and as permanent representative to the United Nations in New York.
Ansari was a visiting professor in the Centre for West Asian and African Studies, Jawaharlal Nehru University and in the Academy of Third World Studies, Jamia Millia Islamia. He was the vice chancellor of the Aligarh Muslim University, distinguished fellow at the Observer Research Foundation, member of the National Security Advisory Board and chairman of the National Commission for Minorities. He chaired one of the five Working Groups established by the Prime Minister’s 2nd Round Table Conference on J&K in April 2006.
In 2005, he edited the proceedings of an international conference on Iran, Twenty Five Years after the Islamic Revolution. In 2008, he published a set of his own writing, Travelling through Conflict: Essays on the Politics of West Asia. Selections from his speeches have been published as Teasing Questions (2014), Citizen and Society (2016) and Dare I Question? (2018).
Save this product for later