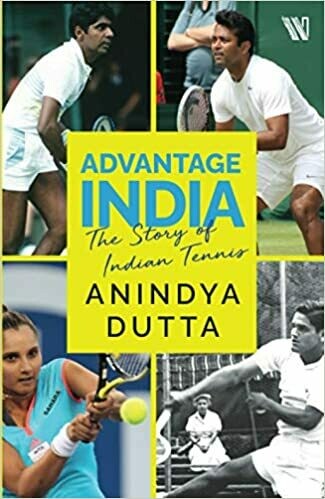 The history of Indian tennis begins in the late nineteenth century, soon after it was established as a competitive sport in England. The sport quickly caught the imagination of the colonised just as much as it had of the colonisers. In those early years, Mohammed Sleem, the Fyzee brothers, S.M. Jacob and Ghaus Mohammed (whose genius was sadly curtailed by the Second World War) were the heroes tennis needed, claiming it for India.

After Independence, a new set of players set the courts ablaze: Dilip Bose, Sumant Misra, Naresh Kumar and the dazzling Ramanathan Krishnan, who remains one of India’s biggest icons. In the 1970s and ’80s, Vijay Amritraj and Ramesh Krishnan established India as a regular on the international stage, until finally in the mid-1990s, Leander Paes and Mahesh Bhupathi earned the country its first Grand Slam titles.

Today, tennis is deeply entrenched in India, with players like Rohan Bopanna and Sania Mirza—the superstar who transformed women’s tennis in her country—being huge sporting icons and much sought after for endorsements.

Advantage India is a deeply researched and engaging account of the exhilarating journey of Indian tennis, with a special section on the Doubles game and on women’s tennis in India. A must-have for every sports lover.

Anindya Dutta is an international banker turned entrepreneur doing work on Sports led Leadership Development, and has spent the past two-and-a-half decades working in major financial markets—London, Hong Kong, Mumbai and Singapore. Anindya is deeply interested in sports history and is a sportswriter by vocation.

Anindya’s first book, A Gentleman’s Game (2017), was followed by his widely acclaimed and bestselling account of the greatest bowling spells in the history of cricket, Spell Binding Spells (2017). His next book, We are the Invincibles (2019), a fascinating account of Bradman’s 1948 team’s tour of England also received critical acclaim.