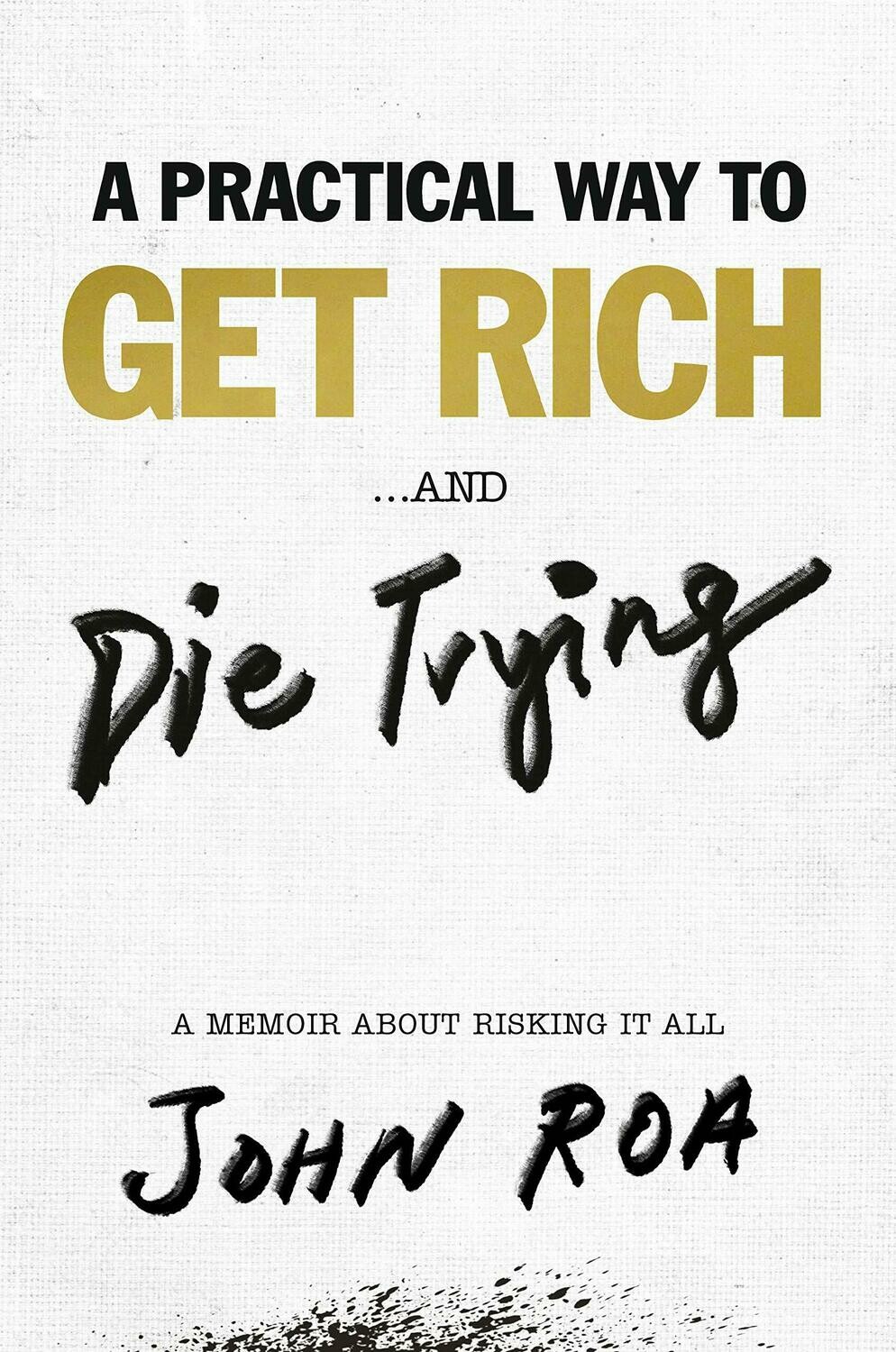 A Practical Way to Get Rich . . . and Die Trying: A Memoir About Risking It All

At the age of twenty-six, John Roa founded a tech-consulting and design firm that he sold for a fortune to the largest tech company in San Francisco, Salesforce. His account of his rise from a self-described below-average student, to becoming a poster boy for the ambitious, successful young entrepreneur, to nearly destroying himself in the process is the subject of A Practical Way to Get Rich . . . and Die Trying. Roa’s twenty-year-long journey from being dead-broke to wealth he never imagined is an absurd and often comical story of talent, luck, risk, rapidly changing technology, larger-than-life personalities, sex, gambling, and excessive alcohol and drug consumption. Roa’s intention for his memoir is not to present a glamorous rags-to-riches saga, but, instead, to serve as a cautionary tale of the toll that entrepreneurship can take on ambitious young people unprepared for the physical and mental costs that “making it” can take. Those pitfalls eventually took their toll on Roa, who, in the face of round-the-clock pressure and risk taking, ultimately suffered a psychotic breakdown from which he almost didn’t walk away. As he healed in the aftermath, he began to question the ethos that had brought him to that dark place, and he learned from other entrepreneurs that they, too, had experienced similar debilitating issues that they felt unable to admit, let alone discuss.

A Practical Way to Get Rich . . . and Die Trying is a compelling memoir and the foundation for a campaign of honesty and vulnerability in an industry that currently allows neither. Roa aims to be the bridge to helping young leaders confront the mental health issues and abuse that too often accompany the tech startup that so many have embraced as their salvation for their future.

John Roa is an entrepreneur, technologist, humanitarian, and angel investor. He has run multiple technology companies, including design agency ÄKTA, which he sold to Salesforce in 2015. He is a passionate volunteer activist and animal advocate, having been a partner and donor to dozens of non-profit organizations as well as founding and running his charitable organization, Digital Hope. He hosts The John Roa Show podcast series and is a public speaker on topics ranging from entrepreneurship to mental health. John currently lives in Manhattan.