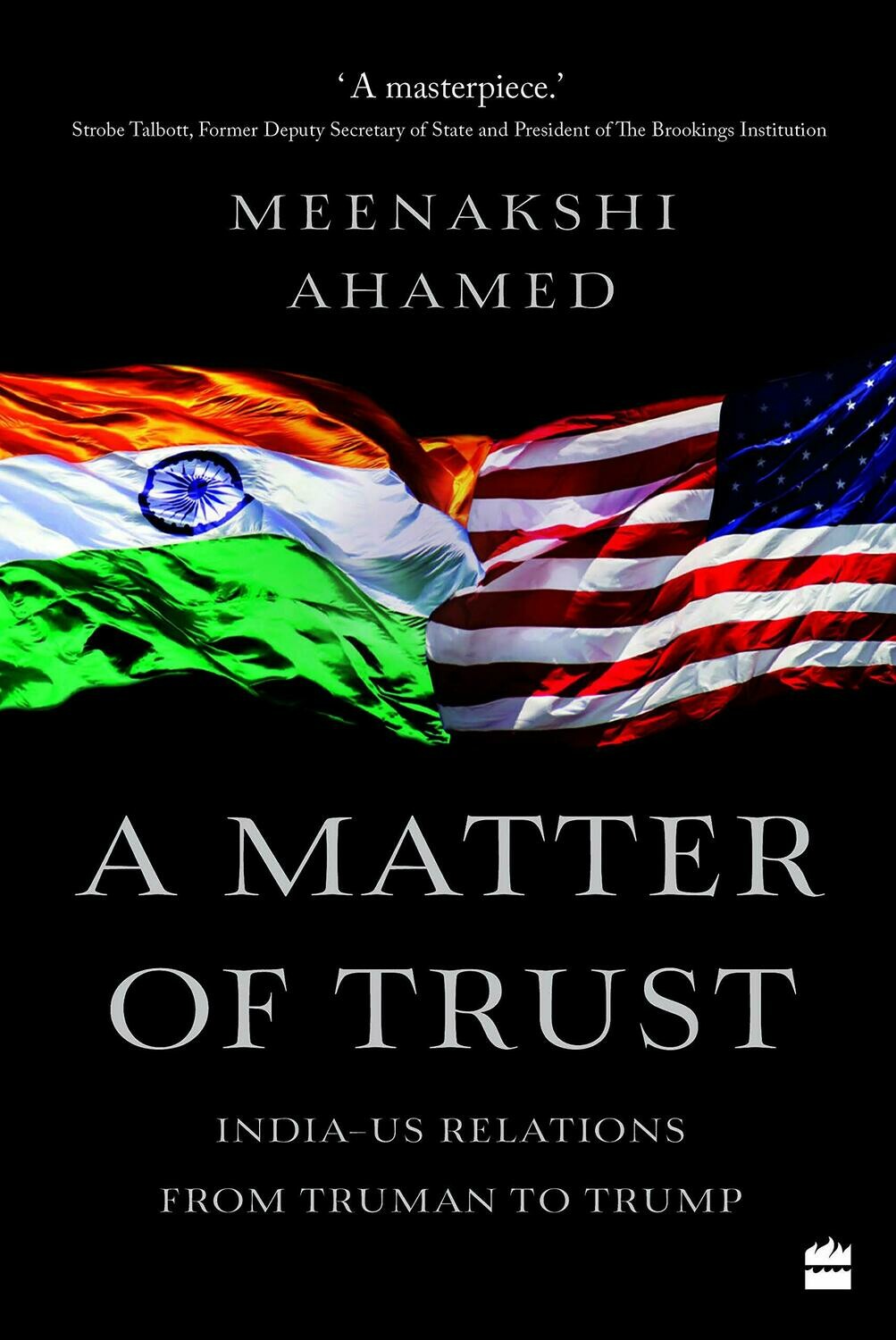 A Matter Of Trust: India-US Relations from Truman to Trump

‘I thought India was pretty jammed with poor people and cows wandering around the streets, witch doctors and people sitting on hot coals and bathing in the Ganges, but I did not realize that anybody thought it was important.’ – PRESIDENT TRUMAN TO AMBASSADOR CHESTER BOWLES, 1951

From Truman’s remark to now, it has been a long journey. India and the US, which share common values and should have been friends, found themselves caught in a dysfunctional cycle of resentment and mistrust for the first few decades following Indian independence. In A Matter of Trust, author Meenakshi Ahamed reveals the personal prejudices and insecurities of the leaders, and the political imperatives, that so often cast a shadow over their relationship.

The cycle began with India’s first prime minister, Jawaharlal Nehru, who viewed Americans as naive and insular, but it was under Indira Gandhi that India entered the darkest phase of its relations with the US. President Truman decided Nehru was a communist, and the White House tapes reveal Nixon’s hatred towards Mrs Gandhi and Indians. It was only after India undertook major economic reforms in the 1990s that the relationship improved. The transformation occurred when President George W. Bush signed the historic nuclear deal in 2008 with Prime Minister Manmohan Singh.

Meenakshi Ahamed draws on a unique trove of presidential papers, newly declassified documents, memoirs and interviews with officials directly involved in events on both sides to put together this illuminating account of their relationship that has far-reaching implications for the changing global political landscape.

Meenakshi Ahamed is a freelance journalist and has written on American foreign policy for publications such as Foreign Policy, The Asian Age, The Wall Street Journal, The Washington Post and Seminar. She was the London correspondent for NDTV from 1989-1996. Meenakshi holds a post-graduate degree from the School of Advanced International Studies, Johns Hopkins University, in development economics and public health. She is based in Washington, DC and New York City.